NMWA has outreach committees throughout the country and the world that play a critical role in bringing the museum’s mission to regional and international audiences. Having access to—and knowledge of—these audiences, the outreach organizations are uniquely positioned to bring programs highlighting the contributions of women artists to their communities.

Women to Watch is an exhibition program developed for NMWA’s national and international committees. Every two to three years, an exhibition is held at NMWA that features underrepresented and emerging women artists from the states and countries in which the museum has outreach committees. Each exhibition focuses on a specific medium or theme chosen by the museum’s curators.

The program is designed to increase the visibility of promising women artists who are deserving of national and international attention. In addition, the program is aimed at involving high quality art professionals, with diverse areas of expertise, into the committees’ activities.

Each participating committee works with a curator to propose artists from their region and NMWA’s contemporary curator then selects artists to participate in a group exhibition on the selected theme at NMWA in Washington.

Les Amis du NMWA raises funds for the transportation of the the artwork and the artist’s trip to the exhibition opening.

The sixth installment of Women to Watch, in 2020, will showcase the transformation of paper into complex works of art. 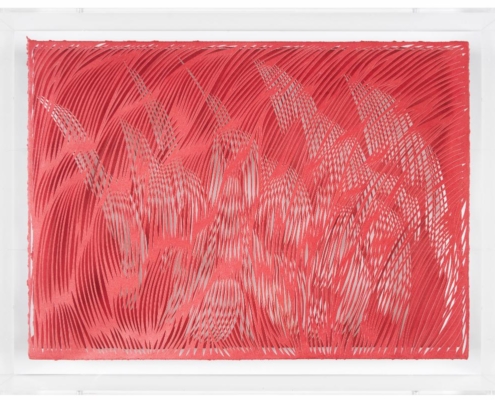 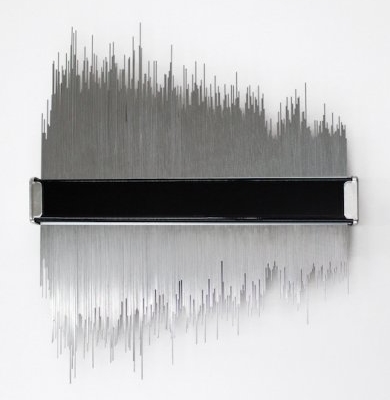 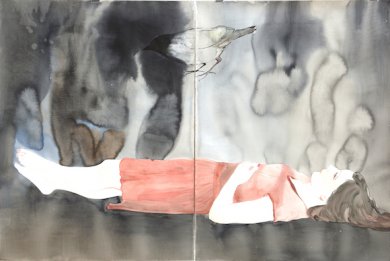 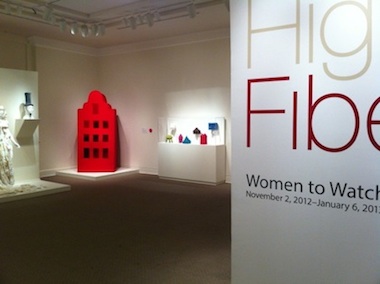 > Playlist of video tours of nominees’studios

The sixth installment of Women to Watch, “Paper Routes”, will showcase the transformation of paper into complex works of art. The French selection committee for this exhibition is made up of Judith de Montgolfier and Fabienne Flanigan in close collaboration with Constance Rubini, director of the Musée des Arts décoratifs et du Design in Bordeaux.

The exhibition Paper Routes: Women to Watch 2020 is essential to our mission. The pandemic’s profound impact on travel and shipping means that we will be unable to open the exhibition in late June as planned, even if the museum building has reopened at that time. Therefore, we have decided to move the Women to Watch exhibition to fall 2020. 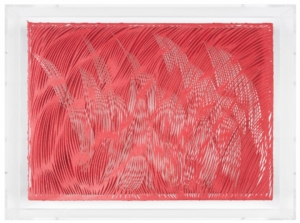 Heavy Metal, the fifth installment in NMWA’s Women to Watch exhibition series, showcases contemporary artists working in metal. The exhibition series is presented every two to three years and is a dynamic collaboration between the museum and participating outreach committees (of which Les Amis du NMWA is one).

The 20 committees participating in Women to Watch 2018 worked with curators in their respective regions to create shortlists of artists working with metal. Les Amis du NMWA worked with Alicia Knock, curator at the Mnam Centre Pompidou. The shortlisted artists were: Marianne Anselin, Katinka Bock, Jennifer Caubet, Charlotte Charbonnel and Laura Lamiel. Charlotte Charbonnel was selected for the exhibition and her work will be on view at NMWA from June 28th.

Featured artists in Heavy Metal investigate the physical properties and expressive possibilities of metalwork through a wide variety of objects, including sculpture, jewelry, and conceptual forms. Works in the exhibition range from large-scale installations to small objects intended for personal adornment; these disparate works are fashioned out of iron, steel, bronze, silver, gold, brass, tin, aluminum, copper, and pewter. This exhibition seeks to disrupt the predominantly masculine narrative that surrounds metalworking and demonstrate that contemporary women artists carry on a vibrant legacy in the field. 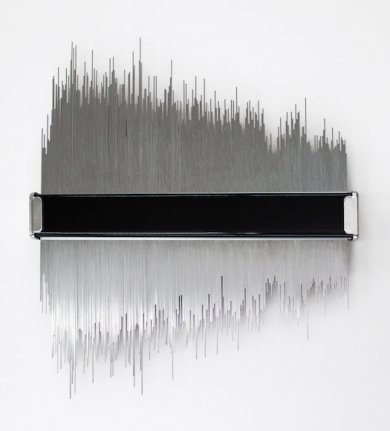 Les Amis du NMWA worked with Julia Garimorth, curator from the Musée d’Art moderne de la Ville de Paris, to identify a shortlist of women artists working in this theme in France. The shortlisted artists were:

Virginia Treanor, Associate Curator at NMWA, subseqently announced the selection of Françoise Pétrovitch to represent France in the exhibition. Featuring the work of thirteen artists, Organic Matters – Women to Watch 2015 will take place from June 5 to September 13, 2015.

Women to Watch 2015 is the fourth installment in NMWA’s exhibition series that features emerging or underrepresented artists from the states and countries in which NMWA has outreach committees. This exhibition will illuminate how contemporary artists re-contextualize images of plants and animals to reflect upon the themes of sexuality, gender politics, and the abject. Nature-based imagery created by sculptors, painters, photographers, and video artists extends the Romantic-era idea that the mysterious and uncontrollable power of nature serves as an apt metaphor for the persistent unruliness of human culture.

The connection between women and nature has a long history, one that is fraught with gendered stereotypes and discriminating assumptions. As far back as the Greek philosopher Plato, there has been a tendency in Western culture to associate nature with women in contrast to the masculine realm of the mind and rational thought. In art, women were often encouraged by society to take the natural world as their subject. In contrast to history and religious painting, which required (male) invention and imagination, subjects such as Maria Sibylla Merian’s botanic drawings, the still-life paintings of Rachel Ruysch, and Rosa Bonheur’s images of animals required “only” the power of observation.

Contemporary artists working with imagery and/or materials taken from the natural world call to mind these entrenched associations of women with nature. They open a dialogue about these traditional views and actively redefine the relationship between women, nature and, art.

The theme for the third installment of Women to Watch was textiles in contemporary art. Les Amis du NMWA worked with Camille Morineau, Curator of Contemporary Collections at the Musée National d’Art Moderne, Centre Pompidou, to identify artists working in this theme.

The five artists proposed to NMWA for the exhibition High Fiber – Women to Watch 2012 were:

In March of 2012, les Amis du NMWA organized a conference at the Maison Rouge with Camille Morineau and the 5 artists in order for them to present their works as well as to explore the theme of “textiles in contemporary art”.

The questions of housing, architecture and city planning are all recurrent themes in Laure Tixier’s work. Her fantasy-based drawings and videos typically center on her vision of utopian – and – dystopian- worlds. Tixier compares her recent house sculptures made from felt to blanket forts built by children : both represent architecture as a means for shelter as well as a stage for the imagination. Her eight-foot-tall Plaid House (20008) resembles the classic architecture of Amsterdam and reflects her interest in architectural history. Tixier’s smaller felt constructions are variations on architectural designs from cultures worldwide. Her vividly colored “maquettes” resemble yurts, bell towers, office buildings, or space-age pods.

The works chosen for the exhibit were Plaid House – Immeuble d’Amsterdam (red) on loan from the MUDAM in Luxembourg as well as a selection of smaller houses, Plaid Houses III, on loan from the Galerie Polaris in Paris. Les Amis du NMWA assumed responsibility for organizing and financing the transportation of the works.

We sincerely thank Belinda de Gaudemar and Nancy Gillespie de La Selle for all their work as well as our sponsors Katherine Graham Debost and Air France for their generous support without which this project would never have happened.

Two works were exhibited in Washington from Belin’s New Faces (Portraits) series, 2006, created with models from Paris agencies. Though shot in color, Belin’s models appear colorless, lifeless, and sexless. It is not clear whether the blank expressions and flattened features are images of real people or computer-generated avatars. Belin raises questions about contemporary identity by cutting away any frame of reference that would enable the viewer to convert the images into a story. 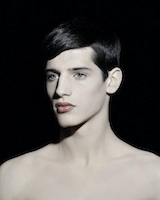 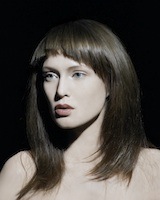 Subscribe !
Join the Amis of the
National Museum of Women in the Arts.

Donate !
Be part of the support for
french female artists in France.

We may request cookies to be set on your device. We use cookies to let us know when you visit our websites, how you interact with us, to enrich your user experience, and to customize your relationship with our website.

Click on the different category headings to find out more. You can also change some of your preferences. Note that blocking some types of cookies may impact your experience on our websites and the services we are able to offer.

These cookies are strictly necessary to provide you with services available through our website and to use some of its features.

Because these cookies are strictly necessary to deliver the website, refusing them will have impact how our site functions. You always can block or delete cookies by changing your browser settings and force blocking all cookies on this website. But this will always prompt you to accept/refuse cookies when revisiting our site.

We fully respect if you want to refuse cookies but to avoid asking you again and again kindly allow us to store a cookie for that. You are free to opt out any time or opt in for other cookies to get a better experience. If you refuse cookies we will remove all set cookies in our domain.

We provide you with a list of stored cookies on your computer in our domain so you can check what we stored. Due to security reasons we are not able to show or modify cookies from other domains. You can check these in your browser security settings.

We also use different external services like Google Webfonts, Google Maps, and external Video providers. Since these providers may collect personal data like your IP address we allow you to block them here. Please be aware that this might heavily reduce the functionality and appearance of our site. Changes will take effect once you reload the page.

This website uses cookies to improve your experience while you navigate through the website. Out of these, the cookies that are categorized as necessary are stored on your browser as they are essential for the working of basic functionalities of the website. We also use third-party cookies that help us analyze and understand how you use this website. These cookies will be stored in your browser only with your consent. You also have the option to opt-out of these cookies. But opting out of some of these cookies may affect your browsing experience.
Necessary Always Enabled
Necessary cookies are absolutely essential for the website to function properly. This category only includes cookies that ensures basic functionalities and security features of the website. These cookies do not store any personal information.
Non-necessary
Any cookies that may not be particularly necessary for the website to function and is used specifically to collect user personal data via analytics, ads, other embedded contents are termed as non-necessary cookies. It is mandatory to procure user consent prior to running these cookies on your website.
SAVE & ACCEPT